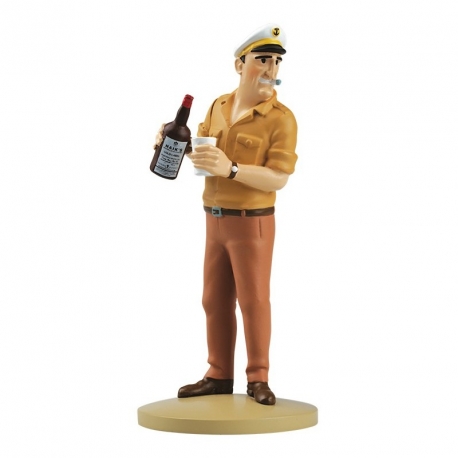 Allan is the archetypal scoundrel, ready to do anything to get what he wants.

A real gangster's face, that's how you can describe Allan Thompson. With his twisted eyes and thick Robert Mitchum eyebrows, there's something familiar about his look. He is the epitome of all the tough guys of film noir, the lawless scoundrels with a cigarette forever stuck in their mouth.

We know his weakness for alcohol, hence the presence of this bottle with its obvious contents. Single malt and blended drinks were often the objects of temptation for an old sea dog who nevertheless remained surprisingly sober in this sequence.