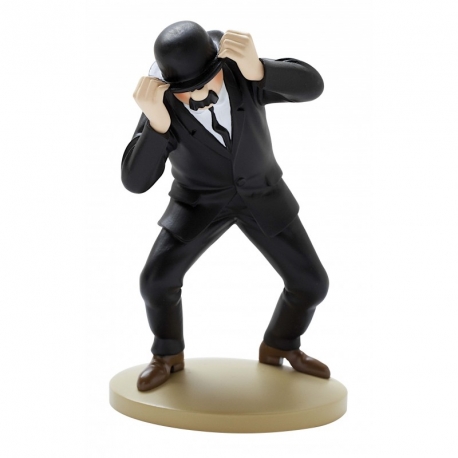 Thompson with a hat

Historically, it is in the black and white version of Cigars of the Pharaoh that Thomson and Thompson make their appearance, even if they will be added later in the first

later in the first box of the color version of Tintin in Congo, which is an album prior to Cigars of the Pharaoh. From the outset, nothing to differentiate them, except the shape of their moustache.

The man named Thompson who appears here in the album The Secret of the Unicorn has straight moustaches.

Reference of the figurine: The Secret of the Unicorn, plate 56, box B1

First appearance of Thompson: The Cigars of the Pharaoh

Particular feature: straight as his moustaches, clumsy as a potato

Cult phrase: "I would say even more!