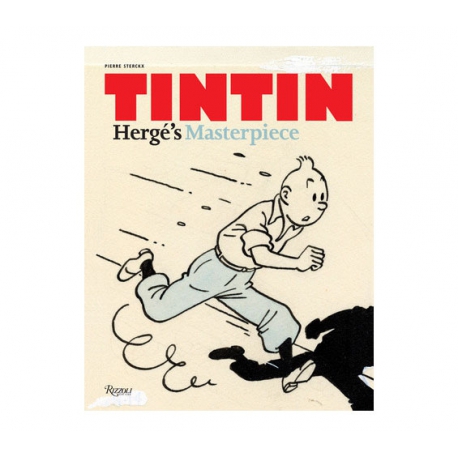 The definitive monograph on the art of Tintin. Since he first appeared in Hergé’s weekly cartoon strip in Le Petit Vingtième in Brussels in 1929, Tintin has become one of the most celebrated characters in the comic world. With more than 200 million copies of the famous twenty-four “albums” sold worldwide, Hergé’s iconic hero has exploded genres and expectations, bringing readers of all ages to his stories for their unique mixture of artistry, history, and adventure.

Drawing on the archives of the Hergé Museum in Brussels, this book looks at the evolution of Hergé’s artwork, from the simplicity of the early newspaper strips to the sophisticated graphic work of the later books. An avid art collector, Hergé was inspired by Old Masters but infatuated with graphic design and modern art, from the Constructivist work he studied in his youth to the Lichtensteins and Mirós he would travel to see in his maturity. Written by the Belgian art critic Pierre Sterckx—and translated by the British expert on Tintin, Michael Farr—this is the definitive book on the art of Tintin. With rarely seen pencil sketches, character drawings, and watercolors alongside original artwork from the finished stories, the book illuminates Tintin’s progress from whimsical caricature to profound icon and reveals Hergé’s parallel development from cartoonist to artist.